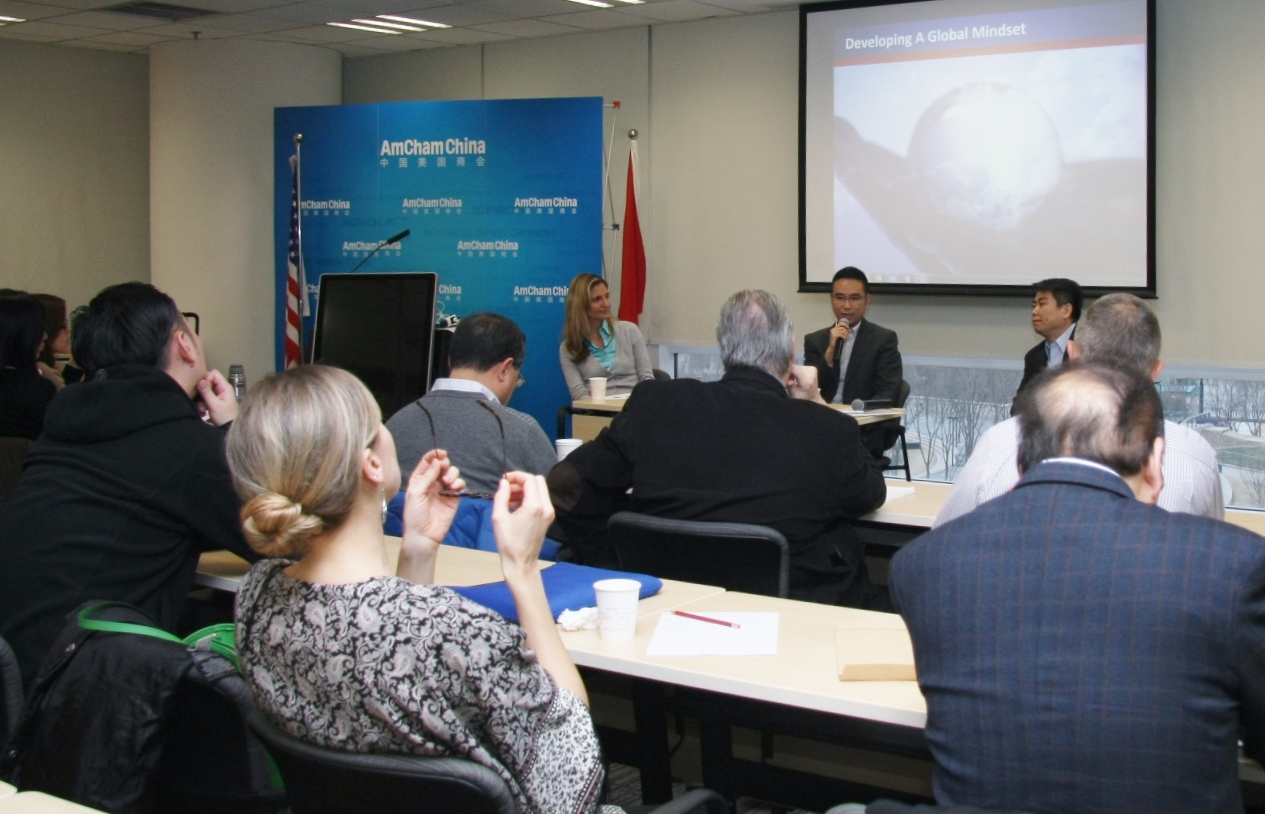 Leading a discussion on the attributes of a what “global” leadership team, Elisa Mallis, an executive coach and consultant, led a conversation at AmCham China last week on what makes a leadership team truly global. Mallis was joined by Chris Huang, vice president of HRBP at Swiss Re China, and George Li, Director of Human Resources at Cummins in China, in a discussion with more than 50 audience members.

Mallis presented a recent report she was involved with on the skills most commonly found in Chinese leaders. They found that highly effective leaders scored high on Persuasive, Communication, Strategic, Technical, and Tactical skills. In comparison with the United States, mid-level leaders tend to show greater variations on creating vision, implementing vision, following through, and achieving results. However, for senior-level managers, Chinese and American are relatively similar in their skill sets.

The discussion also included how to be more attractive to potential employees, both Chinese and foreign. The Generations Y and Z have different expectations of work places versus 10 years ago. In some cases, the discussion noted that Chinese are not as enthusiastic about moving abroad for work as they once were and that working locally in China is more important than before.