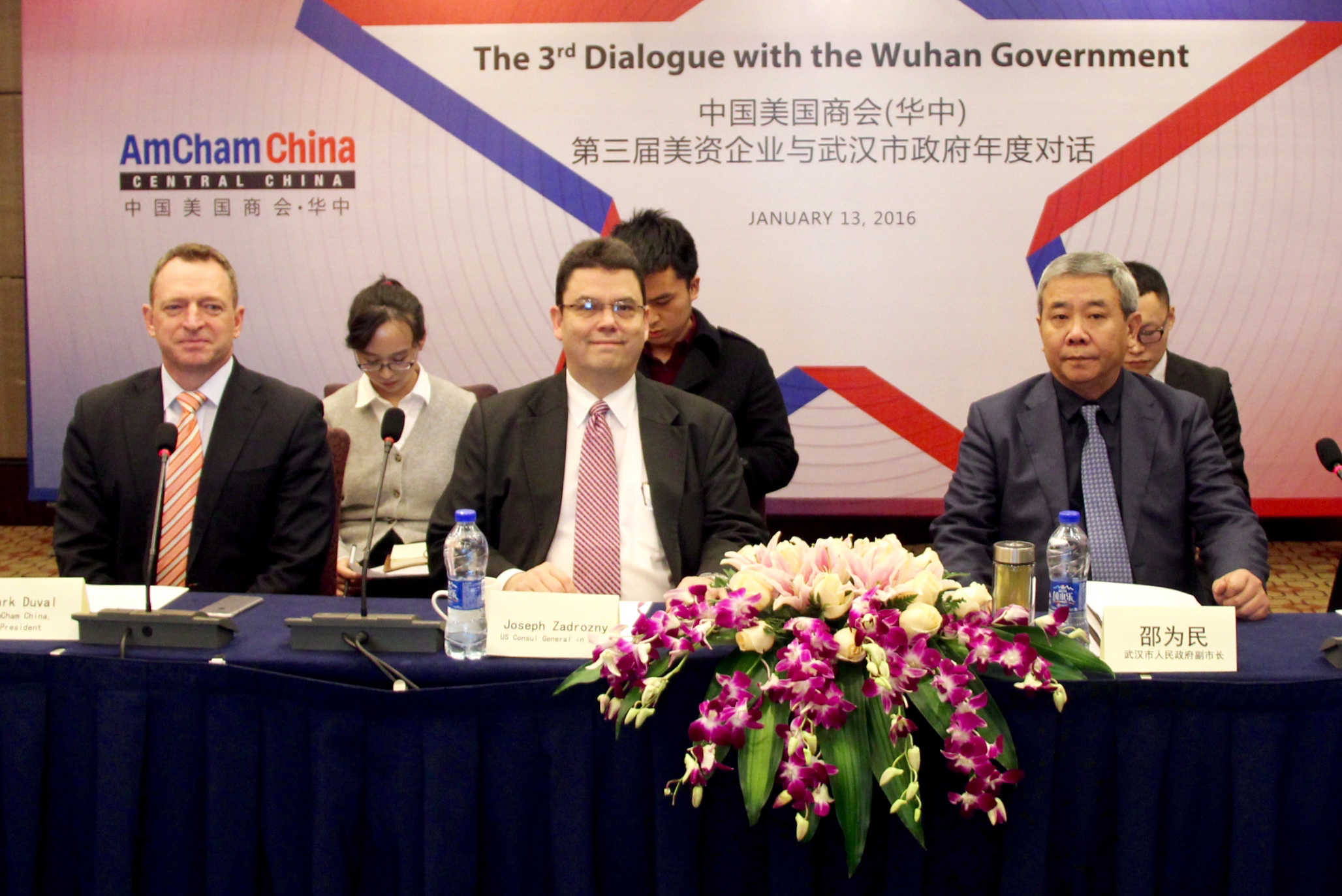 Keynote speaker Joseph Zadrozny, US Consul General in Wuhan, praised the effectiveness of the dialogue between US companies and the local government. He said the US Consulate General was set to expand rapidly in the coming years, and announced the first ever US-Central China Business Summit in late March, in cooperation with AmCham China.  This summit will be a chance for US companies to find business opportunities in central China, and for Chinese government officials and companies to explain their needs.

The event concluded with a speech by Vice Mayor Shao. This is the third time he has attended the dialogue, and noted that the questions raised by AmCham China member companies were getting increasingly insightful and specific.

Recently, Wuhan has been pushing large-scale promotion of urban construction, improving the functioning of the city government, and strengthening the city’s position as a transportation hub. The city’s airport, the largest in central China, continued to increase capacity in 2015, with four new international routes to Gold Coast, Tokyo, Rome and Dubai, taking the total number of international routes to 38.