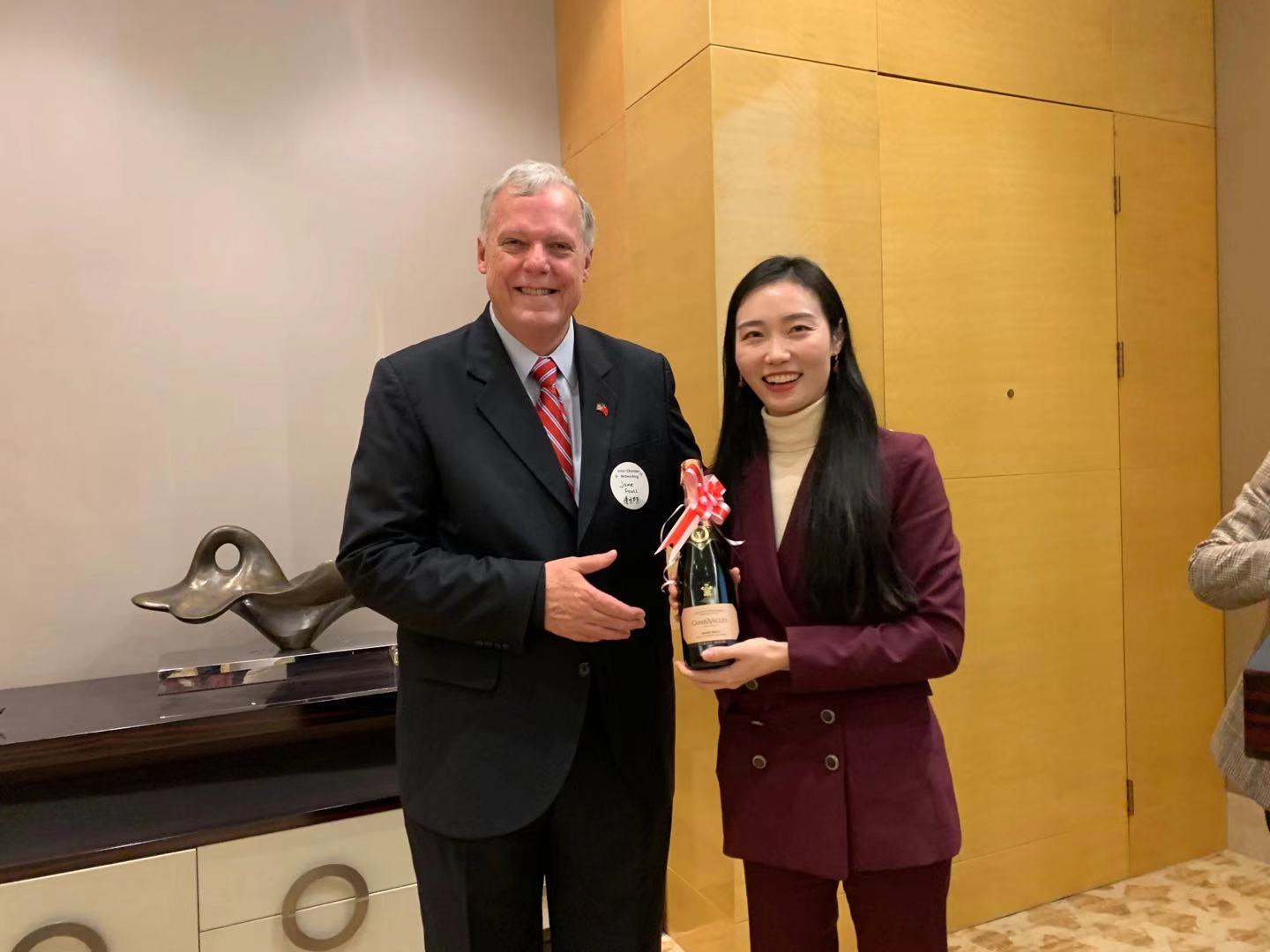 The US Consul General Jamie Fouss and Deputy Consul General from British Consulate General Wuhan Martin Walley, as well as distinguished guests from local companies, friends old and new, mingled together and toasted to a prosperous new year.

It was the Central China Chapter’s honor to take this opportunity to invite Zhang Hande from Taiko Studio and Wu Si from Hanwei Sports Company to speak at the event. After the short opening remarks from Joan, the chapter manager of CC Chapter.

Zhang Hande from Taiko Studio, shared details about the foundation of Taiko Studio and the recent developments in animation development in Wuhan, which has aroused inspiration from all in attendance. Taiko Studio is an animation company, first co-founded by Zhang Shaofu, son of Zhang Hande, in Los Angeles. The studio has produced many famous short cartoon films including, the One Small Step, which was nominated for an Oscar for a short in 2018, as well as the newest advertisement for Airbnb, and a series of Chinese cultural cartoons such as Pangu, etc.

In addition, Wu Si, from Hanwei Sport Company, introduced the Spartan Race – the most popular and challenging obstacle race around the world. Launched in China in 2016, there have since been 61 races in different cities around China. At its peak, the number of racers in China reached 220,000 and over 1.5 billion online and offline spectators. Last year, Hanwei Sports successfully held the Spartan Race in Wuhan, and there were more than 3300 adults and 1200 children that participated in the race. At present, the 2020 Spartan Race in Wuhan is in progress.

After the wonderful sharing from the two speakers, the networking kicked off. All the guests engaged in lively conversations with each other while enjoying the delicious food and wine. During the session, there were three rounds of raffles and with five lucky winners.