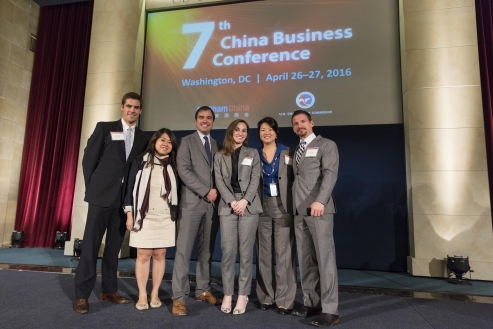 Things change fast in China, and those actively doing business on the ground develop a unique understanding about the Chinese economy, government and society. For this reason, AmCham China leads a delegation of business leaders each year to Washington, DC in order to share information on the issues affecting American businesses in China. The delegation meets officials from the White House, Congress, and independent agencies to offer insights into the Chinese business environment and recommend policies that can support our members in China.

From April 25-27, our 21 person delegation met with US government officials – including the Departments of Commerce, State, Treasury, Agriculture, Energy, the National Security Council, and the US Trade Representative – to discuss the top concerns of the American business community in China.