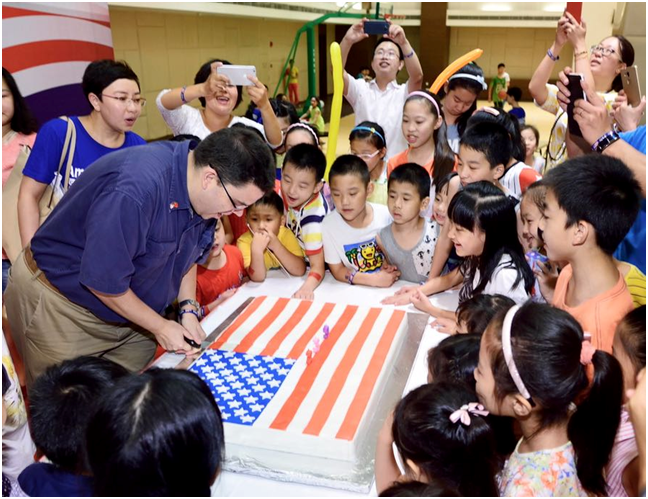 The chamber's Central China Chapter celebrated American Independence a little early this year with a family gathering in Wuhan on June 26. US Consul General in Wuhan Joseph Zadrozny(pictured) came with his family and helped cut the cake for America's 239th birthday.

More than 250 people attended the event, which was cohosted with Wuhan Shui On Land Property Development Co. Vice Chair of Central China Chapter Scott Shaw was also in attendance, announcing several prizes from the sponsors, including two United Airlines round-trip plane tickets from Shanghai to Guam and two nights in the Presidential Suite of the Renaissance Hotel Wuhan.

For all those who didn't walk away with big prizes, the food, cold beer and live music provided ample consolation and kept everyone in the American spirit.