How Chinese Startups Stand Out 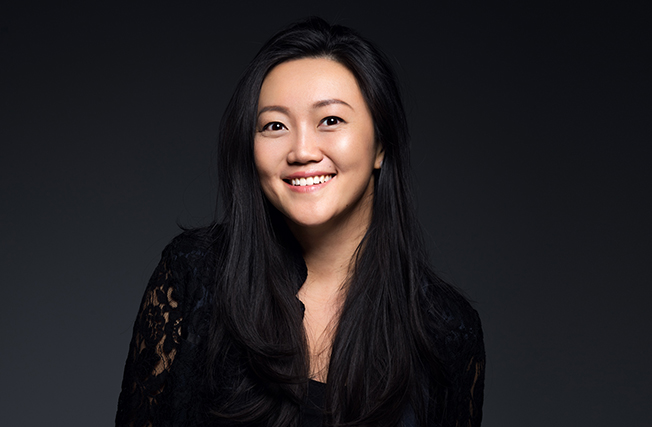 Anna Fang is the CEO and Partner of ZhenFund, a seed fund of $1 billion that looks to invest in the most promising innovators and has been ranked as the top early-stage investment firm by Zero2IPO four years in a row (2014-2017). Fang oversees the fund's investments, portfolio management, and operations. She previously worked at GE China in corporate business development after starting her career as an investment banker at JPMorgan in New York. She has degrees from Columbia University and Stanford Business School and was named a Young Global Leader by the World Economic Forum in 2016.

The world of Chinese startups has mushroomed in recent years – but startups still need funding to get to the next level. ZhenFund is one of a handful of VC funds in China to which companies will apply for the investment they'll need before getting to IPO. But, identifying the winners in this startup ecosystem can be like finding a needle in a haystack.

“In our email inbox, we get about 200 pitches a day, and companies are then asked to tell us more about themselves in a way that helps us to track them," explains Fang. "We have a team that screens all these pitches. Each manager has their own network, too. It’s impossible to cover everything, but there are lots of pitching events and judged contests that showcase good startups."

But what specifically does she look for in a company? Is there some kind of secret sauce? And what’s more valuable – individuals or ideas?

“We’re looking for individuals and ideas. In terms of individuals, I’m looking for people who are very experienced," Fang describes. "For example, we just invested in someone from Meituan who used to manage 5,000 people. We look at those with a lot of internet experience, perhaps someone who has started or co-founded a company or has just been in the ecosystem for a long time.”

However, all is not lost for the next generation. Fang explains that she also comes across "some people who are a little younger, but are really smart or have worked on something interesting and have a great new product idea." She goes on to explain, "It’s not that people have to have experience, but experience is probably the most easily recognized aptitude.”

ZhenFund has invested in more than 600 startups, with four portfolio companies – Jiayuan, LightInTheBox, Jumei, and 51Talk – that have subsequently gone public in the US. But how closely does Fang need to work with her investments?

“We do have to monitor them. Up until around the Series A round, we consider ourselves the main parent, but then after that, we’re not," says Fang. "We try to meet with them a few times a year, but, honestly, from the time I invest until their product is ready, I don’t want to get in their hair too much or try to influence them, because I want their creative spirit to come out.”

Venture capital funds and investors alike are all looking for the next big thing, but just because a trend appears to be forming doesn’t necessarily mean that investors should pile in, as Fang makes clear.

“Interestingly, I’ve seen a lot of healthcare plays recently and a lot of people are trying to disrupt the healthcare biotech process. I think it could probably take a long time, so I’m not sure it’s the best area to invest in, but it’s interesting that a lot more bio-engineering companies are coming to traditional venture capital for money. Of course, everyone wants to solve cancer and we’re all trying to make an impact, but tackling difficult problems using technology is fascinating.”

“WeChat has a new ecosystem – Mini Programs – that a lot of new applications are being built on so it will be really interesting to follow how a lot of these mini programs evolve. But I think that there are a lot of opportunities within WeChat, whether it’s buying on WeChat, learning on WeChat, or managing money on WeChat.”

Fang also explains the changing tides when it comes to Chinese brands. “Direct to consumers is another area, where through these online channels and marketing and selling directly to consumers, we’re seeing a lot of emerging Chinese brands. One of the beauty product brands we’ve invested in, Perfect Diary, which is similar to Maybelline as a brand and was just launched last year, is on course to be #1 on Taobao by the end of the year," says Fang. "Local Chinese brands historically have had negative connotations over poor quality, but now, by using the KOLs and influencers correctly, they are able to have a really cool and fresh feel that caters to the post-90s generation.”

All Eyes on China

Almost all of ZhenFund’s investments are in China, something that excites Fang given the state of the sector today.

“The Chinese ecosystem is extremely vibrant," Fang explains. "We saw Pinduoduo go to IPO, Meituan is going to IPO, Toutiao will soon have a huge new valuation, so there are these mega platforms that can be summarized as TMD – Toutiao, Meituan, Didi – that are forming that are pretty amazing and bringing in a lot of innovation on the consumer side.”

“Even for something as simple as coffee, Luckin Coffee is actually eating into Starbucks’ pie. People love their coffee and the delivery part of their model is so easy. That was just started this year and now it’s a billion-dollar company in the coffee space."

"Elsewhere, there is Hey Tea, known for its foamy milk tea, which saw its valuation rise a few hundred million dollars last year. But there are these traditional categories in China that are being disrupted by something that is either online-enabled or tech-enabled. It’s happening in the US as well, but I think the population density in China and the accessibility of deliverymen has made our normal everyday lives a lot easier as well on the consumer side," says Fang.

Some have argued that the looming specters of Tencent and Alibaba in the wider tech sector have actually stifled creativity rather than help to foster innovation, because so many startups are focused on getting acquired instead of focusing on a longer timeline, but Fang doesn’t see this as a large problem.

“They don’t acquire as much as they should, even though they have done a lot of investing. For startups, it’s best for them to work with Alibaba and Tencent rather than go against them, because they are too big to fight," says Fang. "It is certainly a measure of success to get their investment at some point, but typically that’s later on, around the Series C funding round. So, it doesn’t affect the early stage development of companies so much.”

But the industry has moved so quickly that Fang points out the typical concerns for startups today are very different from just a few years ago.

“In the beginning, people used to be worried about what Tencent was doing or be worried about copycats, but that’s not really the case anymore," explains Fang. "Everything is copiable, so now it’s just about how fast you can do it, and how smart you are at making your product and getting it to a certain velocity before it gets noticed. It’s about your own capability. I think when we first started there was more copying from each other, whether it was copying ideas from with China or globally.”

One of the main issues that US companies have raised with China is the lack of market access, an issue that comes into stark focus in the internet space, with the likes of Facebook, Youtube, and Twitter all blocked by China’s firewall. Given ZhenFund’s investment strategy, it’s not an area that Fang is directly involved with, but she’s still able to compare and contrast the hypothetical competition.

“I wouldn’t be surprised if Google does try to come back into China. Google probably has a better search engine than Baidu, so if they do come back to China, that would be a little bit scary for Baidu. But let’s take Facebook: WeChat is so predominant in our lives that it would be very difficult to push them aside completely. I’m sure Facebook would get some users, but I don’t know if it would ultimately be a success."

“I think more than anything, people need new products to play with, especially when it comes to social media, so that’s why you see Facebook trying to be disruptive through products like Instagram and Snapchat.”

In the tech world, Chinese companies are still lagging behind their US counterparts, but Fang expresses excitement about their future prospects as they look to spread their wings outside China’s borders.

Fang reports that, “At least a handful of the top 10 tech companies in the world are Chinese, but I think you will see China become extremely global by 2020, even if it’s not very obvious right now. There are Chinese teams in the US right now working on projects, who perhaps could create the next Snapchat. For example, Musical.ly was already a success there. It’s going to be amazing to see a Chinese team on par with global teams.”

However, going global doesn’t just mean making it in the US. Chinese telecom equipment and handset manufacture Huawei has been effectively blacklisted in the US due to security concerns that date back to founder Ren Zhengfei’s links to the Chinese army. Additionally, a recent ruling in Australia put a large dent in Huawei’s business ambitions there. But the company has huge operations in Europe and Africa, and, with more than 20 R&D centers around the world, it must surely be considered a “global” entity.

“I think a lot of people in China who are going abroad aren’t going to the US,” says Fang. “Companies are looking at Southeast Asia and India, as well as Africa and Latin America. They aren’t really targeting the US or Europe. China is a developing country, so everything that’s been built here is a developing demographic, meaning that it’s much easier to translate that for a similar demographic globally.”

For more news, events, information, and articles from the T&I Initiative, follow our LinkedIn showcase page.