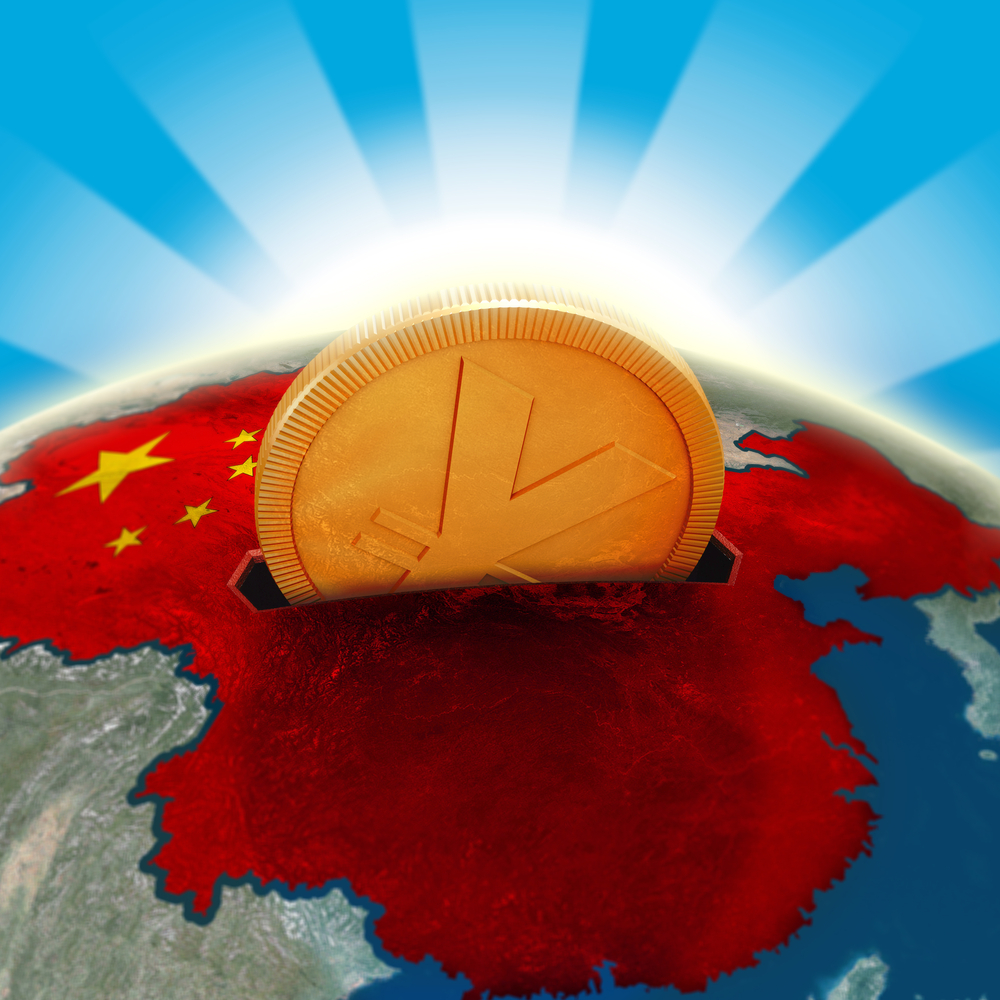 Despite the general nature and the vague wording of the new Foreign Investment Law (FIL), foreign investors with operations in China or planning to enter the Chinese market should review the legislation carefully.

By understanding what the FIL says and does not say, businesspeople will be better prepared to make plans and adapt their business to effectively comply with the new law’s provisions as it comes into effect on January 1, 2020.

Here we break down the key clauses in China’s new law on foreign investment.

In Article 2 of the new FIL, foreign investment is defined as “investment activity directly or indirectly carried out by foreign natural persons, enterprises or other organizations”. To better illustrate, Article 2 further defines four circumstances that are regarded as foreign investment:

A “foreign-invested enterprise” (or FIE) refers to an enterprise incorporated under Chinese laws within the territory of China, and with all or part of its investment from a foreign investor.

Moreover, the article abolishes the distinction between WFOE, EJV, and CJV – which has been used for decades – and refers the enterprises of foreign investment uniformly as ‘foreign-invested enterprise’.

In other words, the current WFOE, EJV, and CJV structures will no longer exist after the new FIL comes into force.

Despite the important innovations in this article, many questions remain unsolved. This creates uncertainty as whether an enterprise will be subject to adjustments in the new FIL and other complementary laws.

There is also no clarity on whether the ‘actual controller’ of the indirect investment should be considered – this is relevant to the future management of some special business forms, such as the variable interest entities (VIE) structures and the special purpose vehicle (SPV).

Third, Article 2 doesn’t specify the scope of ‘other investor’ mentioned in the listed four circumstances. Critically, it doesn’t mention if Chinese individuals – who are traditionally excluded from foreign investment under the three laws on WFOE, CJV and EJV – qualify as an ‘other investor’.

All these questions are expected to be addressed or clarified in the future legislation of the supporting laws.

Article 4 and Article 28 of the new FIL clarify that China will adopt the management system of pre-establishment national treatment and Negative List for foreign investment.

The Negative List system has been piloted in the Shanghai Free Trade Zone since 2013 and was expanded countrywide in 2018.

However, the FIL marks the first time that the Negative List system was anchored in the form of law.

Most significantly, Article 4 and Article 28 clarify that the Negative List will be released by or upon approval by the State Council. That is to say, neither ministries nor local governments can set restrictions to foreign investment based on their discretion.

The articles maintain that foreign investors shall not invest in any field prohibited for foreign investment by the Negative List.

Currently, if foreign investors want to access to the restricted sectors under the Negative List, they need to get relevant approvals from Ministry of Commerce (MOFCOM) or their local branches under the three laws on WFOEs, CJVs, and EJVs.

With the new FIL coming into force, the legal basis for this approval will no longer exist, but approval is still listed as one of the conditions for foreign investors to get access to the restricted area.

Investors therefore need to pay close attention to how the approval process will be changed under the new management system.

However, foreign investors should pay close attention to the Negative List anyway because it is frequently updated.

According to Article 34, foreign investors and FIEs are required to submit relevant information to the commerce department in charge through the Enterprise Registration System or the Enterprise Credit Information Publicity System.

The content and scope of foreign investment information report shall be determined based on necessity.

Authorities will not be allowed to request any investment information that can be obtained by interdepartmental information sharing.

Article 37 stipulated the penalties of noncompliance. The commerce department in charge shall order the foreign investors or the FIEs to make corrections within a time limit if they fail to report the investment information as required. If they fail to do so within the prescribed time limit, a fine between RMB 100,000 (US$14,542) and RMB 500,000 (US$72,711) shall be imposed.

The new FIL defines the bureau in charge of the foreign investment information reporting system and the reporting path, as well as the penalties of non-compliance.

It doesn’t specify the timing for the reporting, the categories of the report, or other reporting details, such as the scope of the information that needs to be reported.

Although the articles emphasized that reporting shall be based on necessity, and no repetitive information shall be required, it is hard to tell from the new FIL how will the two principles will be implemented in practice.

Article 35 anchors the national security review system for foreign investment in the law for the first time.

It answers long-held questions on the current measures on national security review, defined in the Notice of on Establishment of Security Review System Pertaining to Mergers and Acquisitions of Domestic Enterprises by Foreign Investors (Guo Ban Fa [2011] No.6, Circular 6). Circular 6 has been criticized as too low level in the legal hierarchy, meaning that it can be overridden easily by higher level legal documents.

In addition, Article 35 explicitly stated that any decision that follows a security review will be final. That is to say, once a decision has been made, the decision cannot be appealed or be reviewed again.

In a notice released in late April, the National Development and Reform Commission (NDRC) will take over the responsibility of national security review of foreign investments starting from April 30, 2019.

Nevertheless, we still expect the bureau in charge and other details regarding national security review of foreign investments would be announced in the forthcoming matching laws.

Chapter 2 emphasizes China’s determination to attract foreign investment. It specifically seeks to address the principle of equal treatment for foreign and domestic investment, which is echoed among the articles of the FIL.

At the same time, it is also emphasized that foreign investors and FIEs should enjoy the pro-business policies ‘according to laws’.

This wording suggests China expects FIEs to operate within the boundary of the current law, rather than get exceptional privileges beyond the law.

Article 16 ensures FIEs equal participation of government procurement, which is regarded as a big improvement by relevant observers. However, the article doesn’t define what will constitute ‘products produced or service provided within the territory of China’.

In future legislation, investors that would like to participate in government-led projects should pay close attention to any ratio requirements for local composition in the matching laws for government procurement.

Article 22, Article 23 and Article 39 of the new FIL focus on the intellectual property protection issues that concern foreign investors and their investments.

Article 22 stipulates that any infringement upon intellectual property shall be investigated for legal liability according to law.

Article 23 provides that government departments and personnel are not allowed to divulge or illegally provide the trade secrets learned in the course of performing duties to any other third party. In case of non-compliance, Article 39 provides the legal penalties imposed on government personnel, which could trigger criminal liability if a crime is constituted.

These two articles establish general intellectual property protection rules and confidentiality obligations for government departments. Going forward, we can expect the accelerated amendments to relevant laws regarding intellectual property protection, such as the Patent Law. We can also expect that forced technology transfer in JVs shall be reduced.

Article 22 states that government departments and personnel are forbidden to force the transfer of any technology by administrative means. But some analysts believe non-administrative measures might also be used to coerce foreign investors transfer relevant technologies to Chinese parties. We expect this issue could be further clarified in the later implementation process.

Article 26 of the new FIL establishes a compliant mechanism for FIEs to manage problems encountered during the investment process in a timely way.

Beyond that, the foreign investor or FIE may also apply for administrative reconsideration or institute an administrative lawsuit to protect its legitimate rights and interests.

This article doesn’t provide further details for the complaint mechanism, such as the bureau in charge, the specific procedures, as well as the compliant management principles. We expect these will be specified in the matching laws.

Article 31 stipulates that the organization form, governing structure, and operating rules of FIEs will be subject to the provisions of the Company Law, the Partnership Enterprise Law, and other applicable laws.

Article 31 and Article 42 clarifies applicable law for foreign investment, which will significantly reduce confusion about the co-existence of the general law and special law, as well as the transition from the old law to the FIL.

Despite the five-year transitional period, it’s not clear whether FIEs need to get a new approval, go through supplementary record-filing, or make relevant changes to its business registrations within the five-year period.

Further, some of the changes implied by the new FIL may result in modifications to FIEs investment contract and articles of association, especially for CJVs and EJVs. There is a possibility that foreign and domestic investors cannot reach consensus on certain clauses within the time limit, such as the ownership of the JVs’ property.

In this case, the consequence for not making the required changes is not yet clear.

In addition, according to EJV law, certain industries – such as service industries – are required to have a term of cooperation.

With the three laws on WFOE, CJV and EJV being abolished soon, it’s not yet clear how such term of cooperation will be dealt with.

(This article is part two of a three-part series on China’s new foreign investment law. It was originally published in the magazine, The New Foreign Investment Law in China, produced by Asia Briefing.)