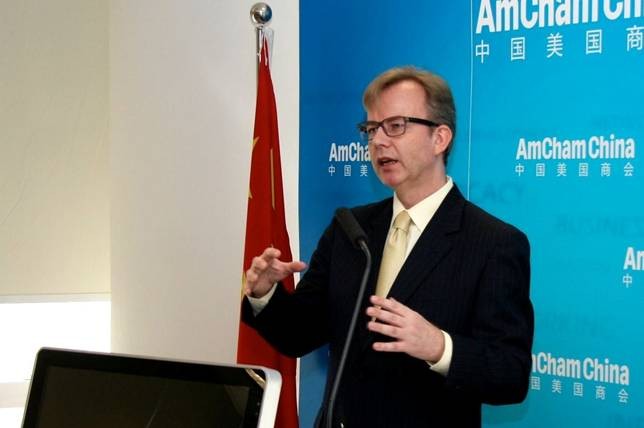 Risks to one country's safety and security can affect everything from personal travel to business investments worldwide. Ian Betts, Global Head of Risk Analysis for G4S Risk Consulting, spoke at AmCham China on Monday, March 30, to explain some of the trends in global risks for 2015.

The Ebola virus outbreaks in Africa, organized criminal cartels in South America and tense relations between Pakistan and India all have global implications. Yet Betts said the rise of the Islamic State stood out as a particularly dynamic risk, and undefined by national borders. Many terrorist groups across the globe have pledged their allegiance to the Islamic State, countries in the Middle East and North Africa are at risk for further infiltration by the militant group, and Europe and the US stand at risk for terrorist attacks carried out by Islamic State sympathizers. Betts indicated that the group's influence spreads all the way to Southeast Asia, with Indonesia at highest risk in the region.

Addressing risks specific to Asia Pacific, Betts said drives against corruption may foment civil unrest. Territorial disputes in the South China Sea involving China, Vietnam, the Philippines, Japan and Indonesia, among others, will also continue to be a source of tension in the region. Companies in China have even had to begin instituting security plans to ensure the safety of Chinese nationals traveling to these countries for fear of targeted violence. Moves taken by any of these countries to enforce claims on various parts of the area may further complicate the situation.

Jared Mazzanti is a Communications Intern at AmCham China.