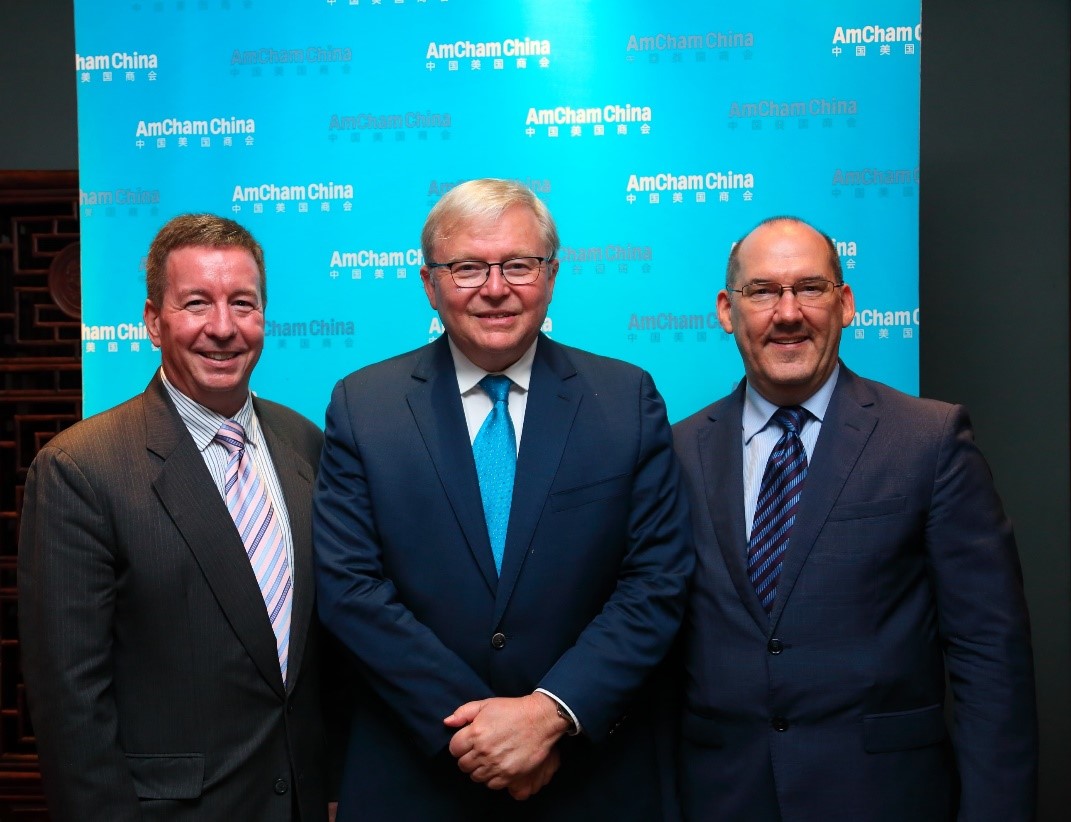 Over dinner, Rudd shared his hopes and concerns for a deal between the US and China. He said he believes that both countries want a deal by 2020 and that, in order to reach a deal, both sides must possess sufficient political will and creativity. He predicted that the APEC Summit in Santiago, Chile on November 16 could be the last chance for these two countries to get a deal signed before the end of this year.