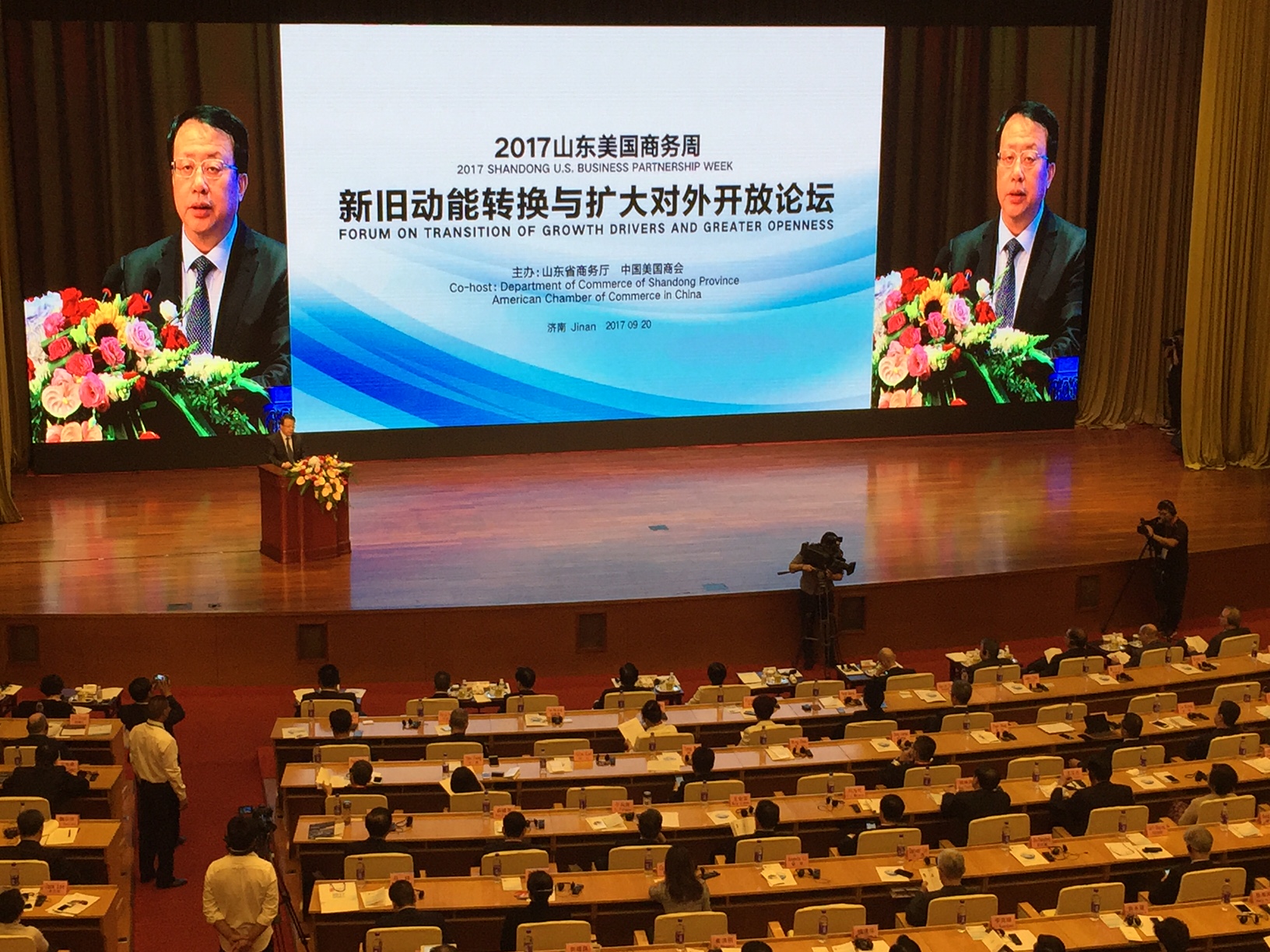 "Shandong Province holds an open attitude to treat foreign and domestic companies equally in business and politicies, striving to establish a business and investment environment that is just, impartial, international, and legitimate," said Liu Jiayi, Secretary of the Shandong Province Party Committe.

The event was held in the provincial capital of Jinan, and included not only provincial party and government leaders, but also the mayors of all 17 of Shandong’s municipalities.

Eric Hirsch, Regional Director, Head of Markets, at JLL, was one of those who appreciated the opportunity the forum provided. "JLL is already well established in Shandong, but this event really opened up new doors for us in the province and helped strengthen our relationships here," he said.

Governor Gong said in a keynote at the event that cooperation between Shandong province and the US was developing on a solid foundation. He also promised to improve the construction of facilities and deepen administrative reform, delegating more powers to lower-level governments and society, improving regulations and optimizing services, to provide investors with a comprehensive package of services and move cooperation between Shandong and the U.S. to the next level.

Activities included a working luncheon with Provincial Vice Governor Ren Airong, the Forum on Transition of Growth Drivers and Greater Openness including AmCham China board members Eric Hirsch and Albert Xie, and an evening banquet with provincial leaders.

Read more about the event:

Shandong is the second-most populous province in China after Guangdong, and the third largest provincial economy, after Guangdong and Jiangsu. The first US investment in the province was in 1986, and since then almost 1,000 US-based entities have invested there, making the US the fourth-largest source of foreign investment. As well as attracting investment, Shandong is also a major transportation hub. Last year, more than RMB200 billion of bilateral trade was conducted between the US and Shandong.

AmCham China Chairman William Zarit said that closer cooperation would benefit local business as well as American companies. “AmCham China has organized its largest and highest-ranking delegation ever for this engagement in Shandong,” he said. "Shandong’s new era of development provides many opportunities, and I hope that the US business representatives can maintain an open, positive attitude to study Shandong when looking for new strategic growth points."