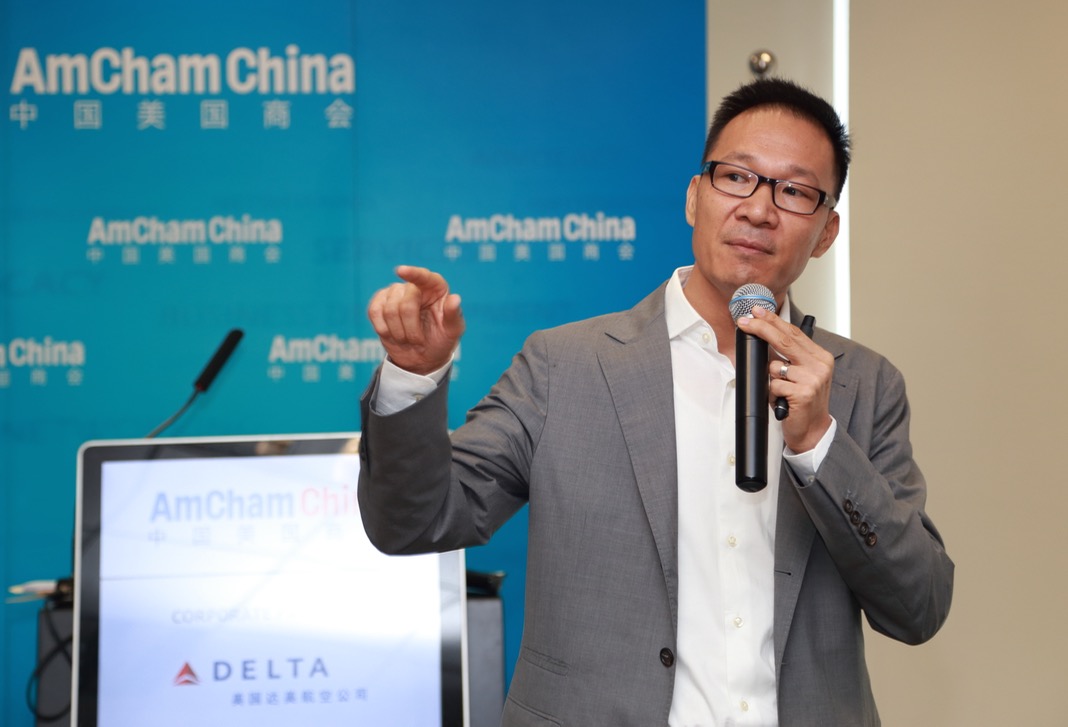 For leaders operating in multinational corporations, a global mindset helps not just with business development, but with managing teams in a respectful and efficient manner.

The one-day AmCham China training course “Becoming a Global Leader as an Executive Coach” focuses on building up this cultural competency. Out of the quest for diversity and the development of global citizenship, 17 excellent leaders convened in AmCham China for the July 13 training with executive coach and author Donny Huang, and former Hallmark CEO and pioneer of executive coaching Gary Ranker.

Huang kicked off the session by boiling down the essence of cross-cultural leadership: reading and adapting. According to Huang, a global mindset is the ability to understand, respect and eventually fit into a cultural context, and thereby maximize efficiency in leadership and management.

Huang and Ranker explained that finding a balance, rather than choosing one culture or another, often produces the best results. For example, one past student – Yommei Yanagiba, President and CEO /Vice Chairman of the board of Yingda International Leasing Co. (a joint venture between GE and the State Grid of China) – came into the training to share her experiences being torn between GE's American approach and the State Grid's localized practices. Yanagiba felt severe tension between the two. With coaching, Yanagiba developed a global mindset and was able to analyze the cultural tensions and develop a globally adaptable leadership style.

“Our chairman from State Grid used to have a very Chinese style of leadership,” Yanagiba said. “However, as soon as I began to be multicultural and considerate in my leadership position, he began to change. He thanked me for the changes I brought to the joint venture.”

Her small but important tweaks greatly facilitated the communication and cooperation within the multicultural team of Yingda.