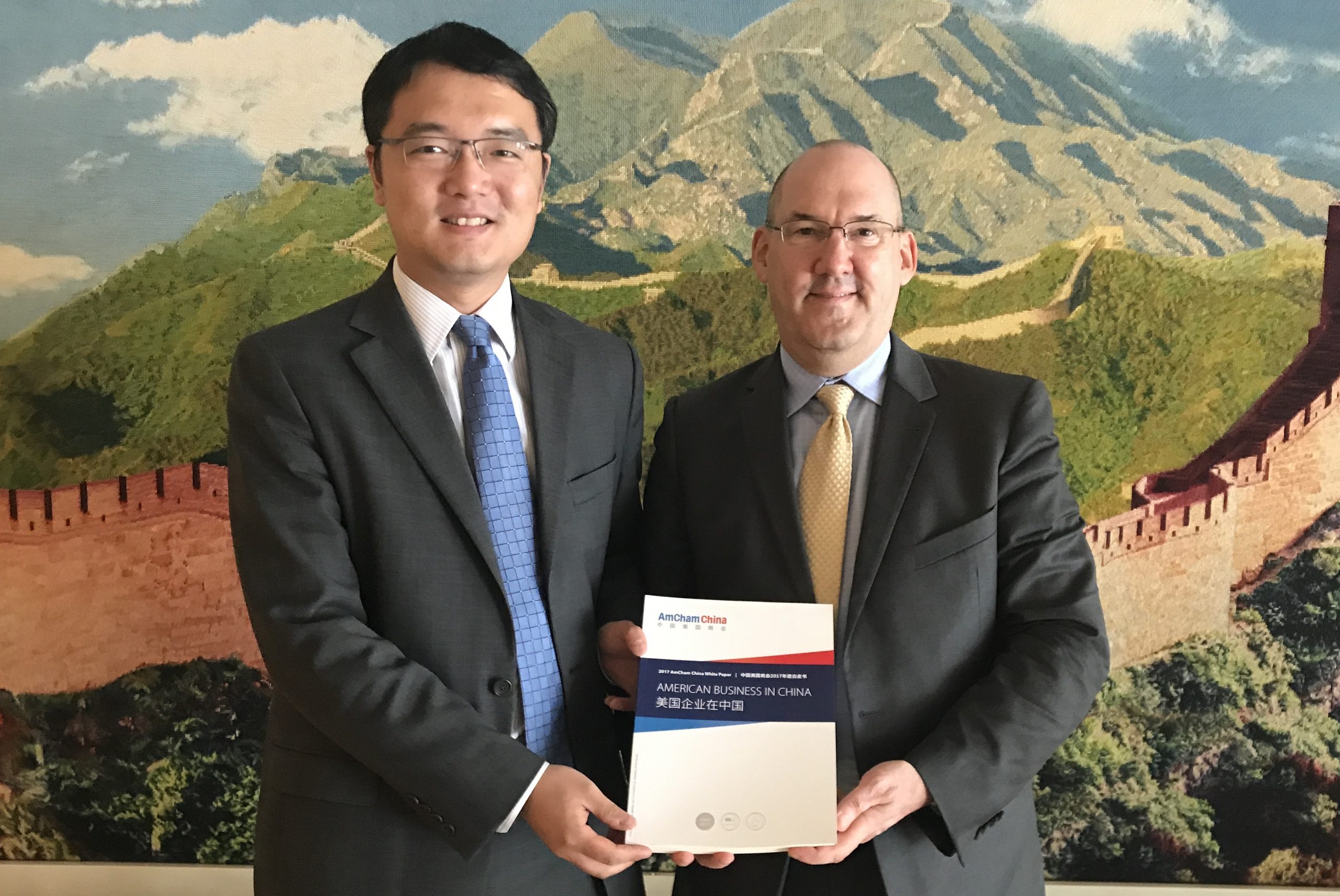 The financial sector in China has been very dynamic over the past year, with both challenges and opportunities for foreign businesses such as stringent capital controls, new cybersecurity regulations, and recent liberalizations in credit ratings and bond underwriting and settlement licenses. Every year AmCham China delivers its flagship policy advocacy publication—the American Business in China White Paper—to a range of Chinese government ministries, and this year, we have met with all four of the bodies that regulate the financial sector in China: The People’s Bank of China (PBOC), the China Banking Regulatory Commission (CBRC), China Securities Regulatory Commission (CSRC), and the China Insurance Regulatory Commission (CIRC).

Members also raised issues influencing the business environment for US companies in China such as the impact of the US-China 100-Day Action Plan, market access issues in the financial services and insurance sectors, the development of green finance in China, the Belt and Road Initiative, RMB internationalization, the development of panda bonds, and the guidelines for foreign credit rating agencies to operate in China.

AmCham China President Alan Beebe speaks about issues facing American companies in China during a meeting with the PBOC.

The White Paper is drafted by members of AmCham China’s working groups, so it reflects the top issues of concern for American businesses on the ground in China across a wide variety of industries and cross-sector issue areas, and drafters are given priority for participation in White Paper delivery meetings. If you would be interested in participating in these meetings with important Chinese government stakeholders to reflect the issues that your companies face here in China, we encourage you to get involved in the White Paper drafting process next year. The relevant AmCham China working groups will begin convening initial White Paper drafting meetings in October.