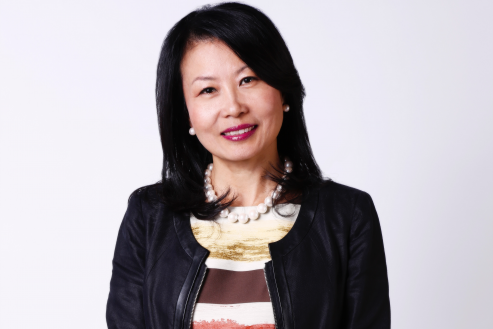 As anyone who has studied economics knows, discrimination is expensive. But even in those countries that have done the most to make their work places fairer, women still don’t enjoy the same opportunities as men. At AmCham China’s first Women’s Summit, participants will investigate how women can use their economic purchasing power – worth an estimated US $2.4 trillion per year in China – to improve their position at work.

The theme of the conference is ‘The 女 Economy,’ employing the Chinese character for “woman,” which also is pronounced like “new” in Mandarin. This choice reflects the focus on the measurable economic value of greater female participation in the economy, according to Su Cheng Harris-Simpson, Co-Chair of the chamber’s Women’s Professional Committee. “When talking about the Women Economy, it’s no longer about charity, work-life balance, or other soft issues – it’s about hard dollar values,” Harris-Simpson said. “If we act on that, the economy is going to grow and everyone will benefit.”

Listen to Harris-Simpson talk about the highlights of the conference.

Harris-Simpson was one of the founding members of the Women’s Professional Committee more than eight years ago, and a lot has changed since then, she believes. According to Harris-Simpson, the time is now ripe for a conference focused on issues related to women. “There are many amazing organizations doing great work, and they’ve planted the seeds of awareness on issues such as work-life balance, domestic violence, growing entrepreneurship,” she said. “Now is a good time to showcase all this amazing work, but also come together to be able to ask: ‘How do we actually move the needle and get some measurable results?’ If we are still talking about equal pay, we haven’t really moved the needle very far.”

AmCham China, along with WEConnect International in China, a global network that helps women-owned businesses connect and succeed in global value chains, is among several organizations getting involved, including: All-China Women's Federation, China Association of Women Entrepreneurs, UN Women, Lean In China, Women’s Professional Network and Viva Beijing Professional Women's Network. She said that these organizations are all doing great work, but that she hopes the summit would help to better coordinate their efforts in growing the 女 economy.

The summit will touch on three main pillars of activity:

The aim is to include more best practices in the chamber’s annual White Paper of policy recommendations, although this will take some time.

While many industries have reasonably diverse work forces, at higher levels of management there are proportionately few women. This year’s Business Climate Survey shows that in nearly half of member companies, women take up fewer than 25% of top management roles.

There are more than 30 million women entrepreneurs in China, and empowering them will help create jobs, grow the economy, and improve communities.

As part of the advocacy drive, the conference will launch an initiative to capture the best practices from both Chinese and foreign multinationals in a report to be released at the Women’s Summit next year. “We aim to ask the question of men and women: ‘What is going to work? What is it going to take to retain amazing women leaders and grow their leadership so that they can be CEOs and be on boards of the companies they work with, because that ties into the bottom line of business success,” Harris-Simpson said.

The 女 Economy Summit will be held at the Renaissance Capital Hotel on Wednesday, April 12. For more details and to register, please visit the AmCham China website.

How HR Can Lift Women Into Leadership

Celebrating Members who Work to Lift up Women