Shaping the Food Ecosystem of the Future 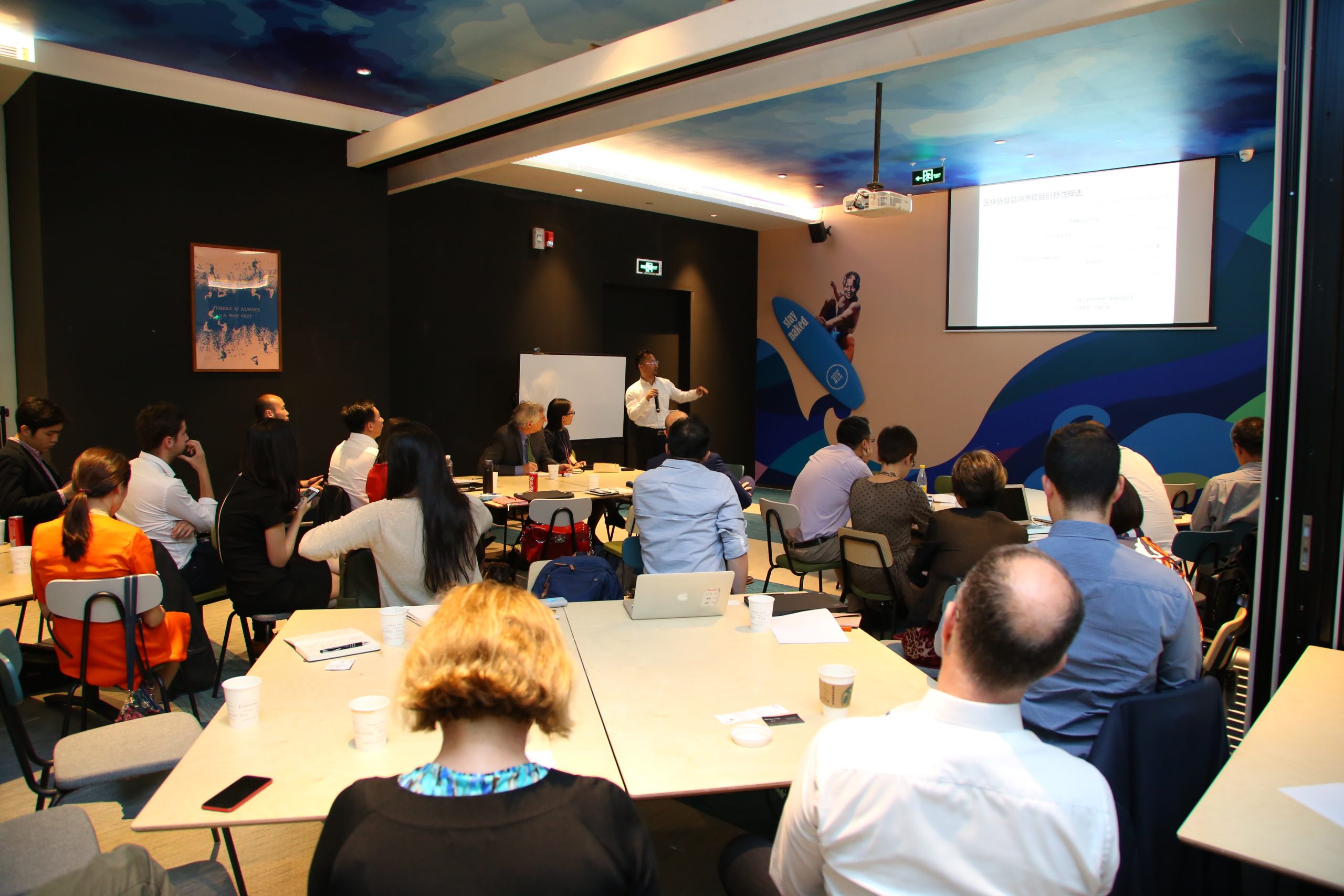 On May 9, AmCham China’s Supply Chain Forum and Food and Beverage Forum co-hosted an event entitled Block Chain: The Next Revolution in Food Industry. 40 members from ICT, agriculture, food and beverage, as well as supply chain industries were in attendance. Leaders from IBM and Walmart shared their in-depth views on blockchain technology, explained the applications of blockchain technology in the food industry, and introduced best practices in these areas.

A pizza made globally

The world’s food supply chain is complex beyond measure. Thousands of products move across county, provincial, and even national borders before they arrive at the dinner table. Today, one can go to a grocery or market that carries fresh fruit in all seasons, and that offers hundreds or thousands of options of fresh and processed foods.

However, securing true traceability of these foods remains one of the most significant challenges for all stakeholders across the food supply chain. Many companies have invested a great deal of time, energy, and money into developing solutions for this problem.

China’s size, diversity, and rapid development – along with the rising demand from Chinese consumers for on-demand delivery of a growing variety of foods – adds further complexity in terms of traceability. In large, developed markets like the United States, tracing the origin of a foodborne illness outbreak can take days or even weeks. During this time, consumers remain at risk. Even after a recall, farmers’ livelihoods and consumers’ choices can be hindered when food regulators need an extended time to track down the origin of an outbreak.

Blockchain technology was first mentioned in the financial industry a few years ago during the rise of Bitcoin. However, the applications of this technology are much more varied than those of Bitcoin. “Blockchain+” has become a significant concept that preoccupies many firms, and its implementation is believed to have the ability to revolutionize many traditional industries.

“Blockchain acts as a trusted, decentralized ledger that provides a single, unified source of data, with shared business processes, and creates a clearer audit trail with consistency across parties,” explained Jason Zhang, senior manager of supply chain service at IBM, during his speech. “With blockchain, supply chain management will be shaped into a more reliable and robust system that will increase efficiency, reduce cost, and expand the scale of participation.” Expounding on the utilization of blockchain with respect to businesses, Jason highlighted the contrast that the use of blockchain has with traditional business models. Blockchain assists in the creation of an ecosystem that allows each participant to generate customized solutions using their own proprietary business logic while running on a common ledger.

“It is hard to argue the fact that food safety, as a global challenge, needs to be addressed via a holistic approach,” emphasized Dr. Zhang Bo, leader of IBM’s Food Safety research. “In China, food traceability is strongly promoted by the Central Government, with tougher punishment and more transparency needed.”  On October 1, 2015, the New Food Safety Law was put into effect and Article 42 indicated that China authorized the implementation of a food traceability system to pervade the entire process. The Food Safety Strategy under China’s 13th Five-Year Plan emphasizes that the implementation of a whole-chain traceability management system is one of the six major initiatives.

However, the trust gap that is present between different parties in a supply chain is still a major issue in the way of achieving total food traceability. “An unsafe centralized system, lack of standardization, and insecure data storage and usage are the three major problems,” Zhang summarized. Blockchain technology has enormous potential to address these challenges based on the fundamentals which it was built on.

Over the past few decades in the food industry, traceability and transparency could only answer questions such as: What food is this? Where does this food come from? How does this food get to the customer? Now, with the proliferation of smart devices and mobile technology, a secure, comprehensive traceability system is finally possible using blockchain technology.

During the event, an animated debate erupted among audience members on why blockchain is necessary to solve food safety issues. Questions broached by participants included: How can we be sure that blockchain will provide the correct information to members along the supply chain? What is so unique about this technology that it will change the whole food industry? “Blockchain is not a recent technology,” said Zhang, “but rather a combination of existing technologies. Blockchain cannot provide a 100% certainty in the data presented. There is always a risk, but it simply reduces risks of cyber-attacks, failure, human error, etc. more than previous systems.”

William Watts, senior director of the Walmart Food Safety Collaboration Center, further explained the benefits of food supply chain integrated with blockchain technology. “Transparency is always the key issue in the whole food supply chain. With blockchain technology, we are able to shine a light on all the steps in the system, driving appropriate behaviors. Stakeholders can no longer hide in darkness, but instead are incentivized to police their own behaviors and act in a safer and more sustainable way,” said Watts.

A vision for a better life

Last year, Walmart, along with IBM, Tsinghua University, and Jinluo Pork initiated a pilot program on blockchain food traceability. “This project held great promise to do just that – reducing food safety risks and illnesses and enhancing consumer trust – through true collaboration across the value chain,” Watts emphasized. “The vision of the blockchain pilot program is to place smart technology into the hands of farmers, distributors, and consumers, creating a more transparent system for tracing food through the supply chain.” Their vision for the food industry is manifested by leveraging blockchain technology to create a safer, more affordable, and sustainable food system so that people can live better, and in doing so, make significant advancements towards a more transparent food system for the digital age.

AmCham China's Supply Chain Forum and Food and Beverage Forum would like to express their sincere thanks to IBM, Walmart, and all speakers who provided such in-depth knowledge to such an eager audience. AmCham China looks forward to holding similar events as we delve deeper into disruptive technologies such as blockchain, and provide insight into the transformative effects which they will have on member companies' industries and businesses.

Jenny Chen is the coordinator of AmCham China Agriculture Forum and Food and Beverage Forum, you can find her at jchen@amchamchina.org

Catherine Liu is the coordinator of AmCham China Supply Chain Forum, you can find her at cliu@amchamchina.org